by The Academy of Special Needs Planners | Apr 1, 2021 | Uncategorized 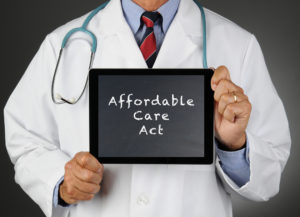 The American Rescue Plan, signed into law by President Biden on March 11, 2021, makes health coverage bought through the Affordable Care Act (ACA) vastly more affordable for millions of Americans, at least for two years, and also assists those who need temporary coverage after losing their jobs.

“What this law will do is make it so the majority of uninsured citizens are eligible for free or low-cost coverage,” Cynthia Cox, a vice president at the Kaiser Family Foundation, told The New York Times. “This won’t bring us to universal health care, but it will bring us closer to universal eligibility for subsidized health insurance—for two years.”

The ACA has provided subsidized health insurance coverage for people with low incomes who purchase plans through state and federally run health insurance exchanges. Until now, these subsidies were only available to people with incomes between 100 percent and 400 percent of the federal poverty level (FPL) (in many states, people with incomes below 100 percent of the FPL are eligible for Medicaid).  In 2021, the FPL for a single person is $12,880 a year, or $17,420 for a couple.

Under the American Rescue Plan, the federal government will now fully cover the premiums for people with incomes below 150 percent of the FPL who have purchased health insurance on the ACA exchanges. This change alone will instantly benefit an estimated 3.4 million enrollees. In addition, anyone currently receiving unemployment insurance will also qualify for the zero-premium option, regardless of income.

The American Rescue Plan also eliminates the 400 percent FPL cap, essentially permitting anyone to purchase subsidized coverage through the ACA regardless of income. In practical terms, this means that anyone who buys an ACA health insurance plan will pay no more than 8.5 percent of their income toward health insurance.  For example, a 60-year-old with a $55,000 annual income who buys the most common ACA health insurance plan, the benchmark Silver Plan, will see their monthly premium drop from $887 to $390, according to report from the Kaiser Family Foundation.

All of these changes to the ACA are retroactive to the start of the 2021, but will be in effect only until the end of 2022, unless Congress extends them or makes them permanent. The enhanced subsidies for people receiving unemployment benefits will only be available for one year without further action.

The new relief law also assists those who are terminated from a job.  People who lose their jobs receive temporary subsidized health coverage through a federal program called Continuation of Health Coverage (COBRA), but the costs to the beneficiary can still be steep, particularly for a person who no longer has an income.  The American Rescue Plan will fully cover the monthly cost of COBRA for up to six months. Additionally, while normally people have to apply for COBRA coverage within 60 days of the end of their employment, those terminated from their jobs will now be able to apply for this expanded coverage within one year of the end of their employment.

For an analysis from the journal Health Affairs of the American Rescue Plan’s changes to health care, click here.