by The Academy of Special Needs Planners | Apr 20, 2021 | Uncategorized 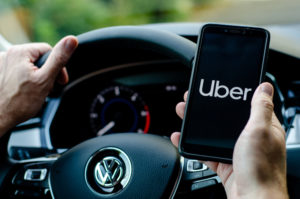 A San Francisco arbitrator has ordered Uber to pay $1.1 million to a blind woman with a service dog for the rideshare giant’s violations of the Americans with Disabilities Act (ADA) through its failure to properly train its drivers. The award, which is believed to be the largest ever in an ADA case against a rideshare company, is welcome news to people with disabilities, who stand to be benefit more than most from rideshare services.

For the past decade, Uber, Lyft, and other on-demand ride-sharing services have steadfastly maintained that they are exempt from the ADA and other civil rights laws on the grounds that their drivers are independent contractors, not employees.

San Francisco resident Lisa Irving filed a complaint in 2018, alleging that in 2016 and 2017 Uber drivers refused to pick her up on at least 14 occasions, resulting in her being late for work twice and losing her job. She also alleged that Uber drivers “abandoned her in dangerous places at late hours, verbally abused her and once cut a trip short and falsely claimed she had been delivered to her destination,” according to coverage in Forbes.

Uber argued that it was not responsible for any discriminatory behavior of its drivers because they are independent contractors, not employees.  The arbitrator disagreed, finding that although its drivers may be independent contractors, Uber is subject to the ADA because it has a “contractual” relationship with the drivers and failed “to prevent discrimination by properly training its workers.”

“Of all Americans who should be liberated by the rideshare revolution, the blind and visually impaired are among those who stand to benefit the most,” Catherine Cabalo of the firm of  Peiffer Wolf Carr Kane & Conway, which represented Ms. Irving, said in a firm news release. “However, the track record of major rideshare services has been spotty at best and openly discriminatory at worst.  The bottom line is that under the Americans with Disabilities Act, a guide dog should be able to go anywhere that a blind person can go.”

Although Uber has argued its employees are exempt from numerous laws, including unemployment insurance protections, employment laws,  and labor union regulations, it has previously cooperated with some disability rights groups to begin making its services accessible. In 2016, it entered into a settlement with the National Federation of the Blind, where it agreed to provide training to drivers on disability discrimination laws and ban drivers who deny rides to people with service animals.