During ABLE to Save Month, Let’s Remain Up-to-Date on the Benefits of ABLE Accounts 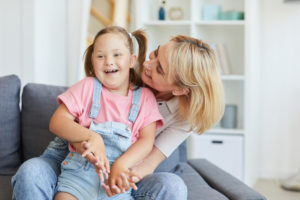 For special needs families, the potential passage of the SECURE Act 2.0 later this year could mean many more individuals will become eligible to open an ABLE savings account. With August here – marking National ABLE to Save Month – it may be an ideal time not only to brush up on the latest news concerning ABLE accounts, but also to share information about the benefits of these accounts with those in your community.

For the nearly 120,000 individuals with ABLE accounts through 47 state programs across the country, the Stephen Beck, Jr. Achieving a Better Life Experience Act (ABLE Act) has provided a way to accumulate savings without losing eligibility for state or federal disability benefits.

Eligibility for an ABLE account is currently limited to those individuals who acquired a disability before age 26. But approval of SECURE Act 2.0 – which includes the bipartisan ABLE Age Adjustment Act – would raise that age limit to 46! This could expand ABLE account eligibility to 6 million more individuals who, for instance, have suffered a severe injury or developed a chronic health condition or disability, such as blindness, later in life.

The House approved its version of the SECURE Act 2.0 in March 2022, and the Senate Finance Committee followed suit in June with its approval of the Enhancing American Retirement Now (EARN) Act, which includes the ABLE Adjustment Act. The full Senate is due to consider the bill next.

The ABLE Adjustment Act “will remove barriers to economic independence for millions of Americans, giving people the option to open their own businesses, save for retirement, purchase the technology they need, and so much more,” said Sen. Bob Casey in a statement issued in June, following the Senate Finance Committee’s unanimous vote for its version of the SECURE Act 2.0, which, he added, “brings this legislation one step closer to becoming law.”

Throughout the month of August, the ABLE National Resource Center will be sharing information and numerous free events focused on ABLE accounts – from Q&As to decision guides to panel discussions with ABLE experts. Likewise, the National Association of State Treasurers celebrates ABLE to Save Month with a comprehensive toolkit, including templates that can be customized for news releases, social media posts, and op-eds.