by The Academy of Special Needs Planners | Jul 15, 2021 | Uncategorized 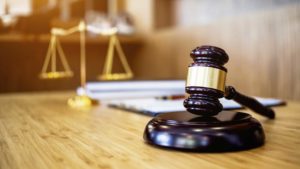 In 2011, Dorothy Geyen created two irrevocable trusts that named her children and grandchildren as beneficiaries. The trust agreements provided that the trustee was specifically precluded from loaning assets or making gifts to Ms. Geyen. In 2019, Ms. Geyen applied for Medicaid benefits. The state denied her application for excess assets because it determined that under state law, her irrevocable trusts became revocable when she applied for benefits. State law provides that when making a determination about eligibility for Medicaid benefits, any irrevocable trust containing the applicant’s assets becomes revocable for the purpose of that determination.

The Minnesota Court of Appeals affirms, holding that the trusts are not available assets under federal law and that federal law preempted state law. According to the court, “because the trust agreements did not permit the trustees to make payments to or for the benefit of [Ms.] Geyen under any circumstances,” they were not available assets. The court further holds that by “deeming irrevocable trusts to be revocable” for the sole purpose of a Medicaid eligibility determination, the state law “conflicts with the federal requirements governing the treatment of irrevocable trusts.”

For the full text of this decision, go to: https://www.mncourts.gov/mncourtsgov/media/Appellate/Court%20of%20Appeals/Standard%20opinions/OPa201300-071221.pdf