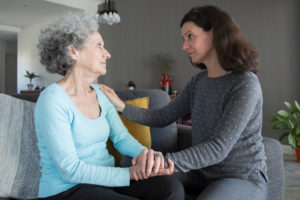 Did you know you could be responsible for your parents’ unpaid bills? Twenty-eight states currently have laws making adult children responsible for their parents if their parents can’t afford to take care of themselves. While these laws are rarely enforced, there has been speculation that states may begin dusting them off as a way to save on Medicaid expenses.

These laws, called filial responsibility laws, obligate adult children to provide necessities like food, clothing, housing, and medical attention for their indigent parents. According to the National Center for Policy Analysis, a conservative research organization, 21 states allow a civil court action to obtain financial support or cost recovery, 12 states impose criminal penalties on children who do not support their parents, and three states allow both civil and criminal actions. (For a list of the states and citations to state statutes, click here.  Kansas and Missouri do NOT have such laws on the books. Note that Idaho’s and New Hampshire’s statutes have since been repealed.)

Generally, most states do not require children to provide care if they do not have the ability to pay. States vary on what factors they consider when determining whether an adult child has the ability to pay. Children may also not be required to support their parents if the parents abandoned them or did not support them.

The passage of the Deficit Reduction Act of 2005 made it more difficult to qualify for Medicaid, which means there may be more elderly individuals in nursing homes with no ability to pay for care. In response, nursing homes may use the filial responsibility laws as a way to get care paid for. For more information, click here.