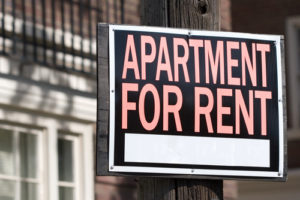 Those with special needs often cannot get by without housing assistance from federal programs like the Section 8 Housing Choice Voucher Program. For example, while many people with special needs are on Supplemental Security Income (SSI), the average rent for a modest one-bedroom rental unit is equal to 105 percent of the monthly SSI benefit amount.

Section 8 and similar housing subsidy programs can help a lot. Tenants pay about 30 percent of their income in rent, with the government making up the difference to the building’s landlord. But how do the assets in special needs trusts and the income from these trusts affect eligibility for programs like Section 8?

Unlike Medicaid and SSI, the Section 8 program focuses on a recipient’s income and does not count assets in determining eligibility. So the existence of a special needs trust, by itself, should have no impact on eligibility for Section 8.

In calculating a recipient’s income to determine program eligibility, the Department of Housing and Urban Development (HUD) counts pensions, annuities, alimony, certain welfare payments and Social Security and disability payments, as well as the income generated by assets in excess of $5,000. Also, HUD will impute income to transfers of assets for two years after the transfer. This means that if a Section 8 recipient transfers assets into a special needs trust, for two years HUD will count a certain monthly amount as income based on the sum transferred. Depending on the amount, this could reduce or eliminate the Section 8 subsidy for a trust beneficiary.

A special needs trust set up by a third party where the beneficiary does not have the ability to access the income or principal cannot be considered income because it is not accessible. However, if a Section 8 recipient sets up a trust where the income is available to him, the income would be considered countable and accessible.

That said, infrequent income, such as gifts, medical expense reimbursements and insurance payments, are not considered countable income. This means that trusts can avoid jeopardizing a beneficiary’s eligibility for Section 8 by having the trust pay sporadic or one-time expenditures and leaving regularly recurring expenses up to the trust beneficiary.

But it is important to note that HUD’s stated rules are not consistently applied in all states, with some public housing authorities counting all distributions from an SNT as income, thereby essentially eliminating eligibility for Section 8 for beneficiaries of SNTs. This has resulted in significant litigation. The most recent decision, Decambre v. Brookline Housing Authority, the First Circuit Court of Appeals ruled that distributions from SNTs that are funded with the applicant’s own money should not be counted as income.  However, the court did not consider third-party trusts, which are funded with someone else’s money. Those trusts might still come under HUD’s restrictive rules. This is an interesting result (at least for lawyers) because it’s almost the exact opposite of the treatment of most SNTs by other public benefits programs, which are much more liberal with respect to third-party trusts than to self-funded trusts.

The interplay between federal housing assistance programs and special needs trusts is complex. If your loved one is relying on Section 8 or a similar program, consult with your special needs planner to make sure that his or her benefits remain in place.