Legislative News: Special Needs Trust Beneficiary’s Claim Against State Officials Over Termination of His Trust Is Barred by Rooker-Feldman Doctrine

by The Academy of Special Needs Planners | Jun 9, 2021 | Uncategorized 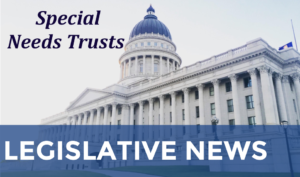 A federal appeals court rules that the Rooker-Feldman doctrine bars a claim by a beneficiary of a special needs trust who argued that Colorado state officials improperly terminated his trust when he moved to another state. Wilson v. Bimestefer (10th Cir., No. 20-1233, May 26, 2021).

Parker Wilson was rendered paraplegic in an accident in Colorado when he was 10 years old. He received a settlement and placed the proceeds in a special needs trust in Colorado. Colorado law requires that if a special needs trust is terminated, the trust must repay the state for Medicaid benefits, and until 2020 state regulations provided that a trust terminated when the beneficiary moved to another state. In 2017, Mr. Wilson moved to South Carolina, and Colorado filed a petition to terminate his trust.

A Colorado probate court entered an order terminating the trust. Mr. Wilson filed a claim in federal court against state officials for violations of federal law related to the termination of the trust. He requested an injunction requiring the state to return funds belonging to him. The state filed a motion to dismiss, arguing that the Rooker-Feldman doctrine barred Mr. Wilson’s claim. The Rooker-Feldman doctrine prevents a lower federal court from overruling a state court decision. The district court granted the motion, and Mr. Wilson appealed, arguing that he was not seeking to overturn the state court decision, but rather to hold the state officials accountable for their decision to terminate the trust.

The United States Court of Appeals, Tenth Circuit, affirms, holding that “because [Mr.] Wilson’s alleged injuries were caused by and did not precede the probate court’s order, the Rooker-Feldman doctrine applies.” According to the court, it was “true the decision to invoke state court procedures technically precedes the resulting judgment, but [Mr.] Wilson cites no authority supporting a distinction for Rooker-Feldman purposes between an official’s decision to pursue a state order and the actual issuance of the order itself.”