by The Academy of Special Needs Planners | May 6, 2021 | Uncategorized 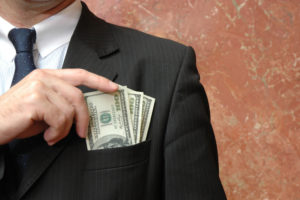 About 10 percent of children in foster care are entitled to Social Security payments, either through a physical or mental disability, or because their parents have died — but states are taking the money instead. Even though the payments belong to the children under federal law, at least 36 states and the District of Columbia are diverting these funds to their own coffers, according to an investigation by National Public Radio and the Marshall Project.

These states often use private companies to scour databases to determine which children in their care are entitled to federal benefits like Supplemental Security Income (SSI) or Social Security survivors’ benefits, then apply to the Social Security Administration to become their financial representatives, almost always without informing the children, their relatives, guardians, or lawyers. States collected more than $165 million this way in 2018 alone, according to Child Trends, a research group, citing the latest data available.

State officials justify the practice, arguing that the payments that typically amount to $700 a week—although this figure varies, depending on what benefits children qualify for—are going toward foster care. Moreover, officials say, they are in the best position to protect the children’s interests by ensuring that the money is spent appropriately.

But youth advocates say this practice creates an unfair two-tier system that essentially requires some children to partially fund their own care, even though federal and state laws mandate that governments pay the full cost of foster care. Furthermore, by pocketing this money, critics argue that states are depriving young people of savings that they will urgently need when they age out of foster care. (So far Maryland is the only state that requires that funds for foster children be kept in savings accounts for their use, following passage of a law in 2018.)

Critics are taking legal and legislative action to challenge the system. Two congressmen plan to introduce federal legislation this year that would bar state governments from appropriating foster children’s money. And a class action lawsuit along the same lines may reach Alaska’s Supreme Court this year.

“It’s like something out of a Charles Dickens novel,” one of the bill’s two sponsors, Rep. Jamie Raskin (D-Md.), told NPR. “This is like confiscating someone’s Social Security benefits because they availed themselves of the fire department.”