by The Academy of Special Needs Planners | Aug 19, 2021 | Uncategorized 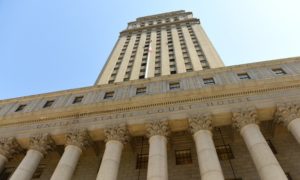 The U.S. Court of Appeals for the Second Circuit holds that pursuant to the Due Process Clause of the Fourteenth Amendment, Medicaid beneficiaries may have a protected property interest in a particular level of care granted by a managed long-term care plan. Bellin v. Zucker, Elderserve Health, Inc. (2nd Cir., No. 20-1463, July 29, 2021).

In 2019, Rosalind Bellin, a woman in her early 80s who suffered from several serious illnesses that limited her ability to care for herself independently, sought in-home care services 24 hours a day under Medicaid. She was evaluated and determined to be eligible to receive personal care services but, when she applied to a managed long-term care (MLTC) plan as mandated by New York law, was told she was entitled to only eight hours of personal care services a day. She had no opportunity to appeal the initial decision or even request an increase in hours, and thereafter appeal any adverse decision, until she enrolled in the MLTC.

Ms. Bellin filed a class action against the MLTC plan and the New York State Department of Health, alleging that Medicaid beneficiaries have the right to appeal initial determinations of their personal care service hours made by MLTCs and to receive notice of that right. She asserted her claims under the Due Process Clause of the Fourteenth Amendment, contending that Medicaid beneficiaries have a protected property interest in a particular level of care, as well as under the statutes governing Medicaid.

A federal district court granted the defendants’ motions to dismiss, holding that Ms. Bellin did not have a property interest in a particular level of care and, therefore, was not denied a property right by the state and MLTC’s appeal procedures. The court further held that the Medicaid statutes do not guarantee Medicaid beneficiaries the right to appeal MLTCs’ initial care-hour decisions. Ms. Bellin appealed.

While affirming the district court’s ruling that the limitations on beneficiaries’ appeal rights do not violate federal Medicaid law, the U.S. Court of Appeals for the Second Circuit holds that Ms. Bellin plausibly alleges a constitutionally protected property interest in MLTC’s initial care service determinations. Specifically, the court determines that a constitutionally protected interest exists where one is entitled to a benefit, not a mere expectation of receiving a benefit. Whether such a property interest exists is determined by statutes and regulations governing the distribution of benefits and whether “those statutes and regulations meaningfully channel official discretion by mandating a defined administrative outcome.” The court agrees with Ms. Bellin that MLTCs’ decision-making is not unbounded but is meaningfully channeled by and must conform with federal and state statutes, regulations, manuals and transmission letters.  The court remands to provide the parties with the opportunity to develop the factual record on this issue.

For an article on the ruling by the Center for Medicare Advocacy, click here.