by The Academy of Special Needs Planners | Feb 4, 2021 | Uncategorized 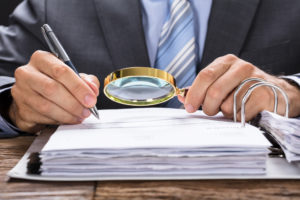 To cut costs, many states have contracted with private insurance firms to deliver Medicaid long-term care services to people with disabilities under a managed care model.  Now, a new report from the Government Accountability Office (GAO) finds that the federal government is failing to adequately monitor these managed care programs, resulting in beneficiary services being inappropriately denied or reduced.

In the December 16, 2020, report, the GAO examined six states’ experiences with converting their Medicaid -funded long-term care services from fee-for-service to managed care models, known as Medicaid managed long-term services and supports (MLTSS). In each case, the GAO concluded that more federal oversight is needed.

“We found that CMS’s [the Centers for Medicare & Medicaid Services] oversight approach was not effective in detecting and resolving MLTSS access and quality problems,” the report stated. “CMS officials told us they had become aware of problems in multiple MLTSS programs and had engaged with the states to resolve them. In several of these cases, however, CMS officials learned of the problems after receiving complaints from beneficiaries, family members or other stakeholders, or through media reports—and not through their regular oversight methods.”

Historically, state Medicaid agencies have paid health care providers on a fee-for-service basis. In response to criticism that this model incentivizes providers to order unnecessary treatments, most states have switched to a managed care model for their regular Medicaid populations. Under this system, managed care organizations are paid a flat monthly fee for each member under their care. If the organization’s costs in caring for that patient are less than the fixed fee, the plan makes money. But if the patient is quite sick and requires many costly medical services, then the plan may lose money on that particular patient. In this way, the insurance company rather than the state is at risk of incurring extra costs, and insurers have an investment in keeping costs down.

Long-term care support services, which primarily cover assistance with daily living activities for people with disabilities, were considered too complex and expensive for the managed care model until Kansas switched its system to managed care in 2013. Twenty-five other states have since followed, prompting a growing backlash from many disability rights advocates, who view the trend as causing cuts to essential home and community-based services.

The six states the GAO examined were Arizona, Florida, Iowa, New York, Texas, and Virginia. Among the numerous findings in the report, the GAO found that in Virginia, three of the six MCOs reviewed had inappropriately reduced services for 33 to 53 percent of cases reviewed. In five of the six states, one or more MCOs reviewed did not adequately coordinate or monitor beneficiaries’ quality of care.”

Five of the six states failed to track the number of beneficiaries who experienced a decrease in services, while three of the six did not have any data on appeals of service reductions. Although states are required by the 2016 rules to submit annual reports on the their MLTSS programs, few have done this.

The GAO is now calling for a national strategy to oversee MLTSS and the implementation of metrics to analyze different managed care models between states.

“CMS could be a partner in helping states hold [managed care organizations] accountable and improve oversight approaches, but the agency has done little to advance its MLTSS oversight efforts since issuing new managed care rules in 2016,” the report states. “The agency has not taken steps to assess the effectiveness of states’ implementation of monitoring and beneficiary protection provisions, potentially leaving the agency unaware of significant quality and access issues. This appeared to be a reflection of the larger issue that CMS lacks an oversight strategy specific to MLTSS and a complete picture of the access and quality problems in MLTSS programs.”

The report notes that CMS did not agree with the findings.

For highlights of the report, which is titled “Medicaid Long-Term Services and Supports: Access and Quality Problems in Managed Care Demand Improve Oversighted,” click here.  For the full report, click here.