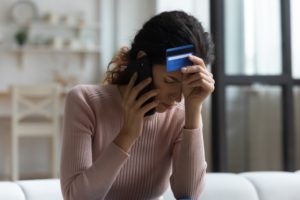 Did you know you could be responsible for your parents’ unpaid bills? More than half of all states currently have laws making adult children financially responsible for their parents, including their long-term care costs. However, these laws are rarely enforced.

Filial responsibility laws obligate adult children to provide necessities like food, clothing, housing, and medical attention for their parents who cannot afford to take care of themselves. States may allow a civil court action to obtain financial support or cost recovery, impose criminal penalties on children who do not support their parents, or allow both civil and criminal actions.

Generally, most states with such laws do not require children to provide care if they lack the ability to pay. States also vary on what factors they consider when determining whether an adult child is able to pay. Children may not be required to support their parents if the parents abandoned them or did not support them.

While in most instances adult children are not held responsible for their parents’ long-term care bills under these laws, they may have to pay a nursing home in other circumstances. In some cases, children have been held liable if their parent transferred assets to them, making the parent ineligible for Medicaid. Additionally, there are cases in which children who signed an agreement affirming that they would assist their parent in paying for a nursing home have been sued for breach of contract by the nursing home. After a parent dies, Medicaid estate recovery allows the state to recoup Medicaid benefits from the parent’s estate, reducing the amount the children can inherit.

If your parent needs long-term care, be sure to consult with your attorney to make certain you are not creating a situation in which you might be liable for your parent’s care.