SNT Beneficiary Who Approved Trust Is Denied Request to Terminate It 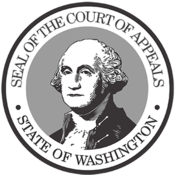 A Washington appeals court rules that a beneficiary who willingly signed a special needs trust cannot later seek to terminate the trust claiming that she did not read the trust instrument, was not represented by counsel, and signed it under duress. In re the Matter of the Trust of Lewis (Wash. Ct. App., No. 37972-8-III, Aug. 24, 2021, unpublished).

Lisa Lewis suffers from a severe form of cervical spinal stenosis and was alleged to have a mental disability (which she denies).  Upon the death of her father in May 2017, Ms. Lewis and her two sisters, Lana Prinz and Lorraine Bayless, were the only surviving heirs. Ms. Prinz, as the administrator of her father’s estate, hired the law firm of Hall & West to assist with estate matters.

Hall & West directed Ms. Lewis to work with an attorney to create a special needs trust (SNT) in order to protect her inheritance as well as her continued eligibility for government benefits. The resulting trust document provided for the termination of the trust only in the event of Ms. Lewis’ death or the end of her disability. In August 2017, Ms. Lewis signed the trust document of her own free will as set forth in the notarization and, one week later, the court signed and approved the trust instrument.

Shortly thereafter, it was learned that the trustee of the SNT had a felony conviction and was ineligible to continue serving as trustee. For that reason, the estate would not release funds to him. Hall & West suggested that the trustee be replaced by Jenifer Mick, a certified professional guardian. Ms. Lewis refused to cooperate in the process, thereby causing Ms. Mick’s attorney to file a petition with the court seeking the appointment of Ms. Mick as successor trustee. The petition was granted and Ms. Lewis’ inheritance of approximately $61,000 was distributed to the SNT.

Ms. Lewis demanded that Ms. Mick pay her bills from the SNT, including past-due rent, vehicle impound fees, fines for criminal violations, and payments to creditors. After Ms. Mick filed a petition for instructions regarding bill payment, the court determined that only some of Ms. Lewis’ requested expenditures should be paid by the SNT.

In early 2019, Ms. Lewis hired counsel, Douglas Schafer, and filed a motion to terminate the SNT. While declaring her full legal capacity, Ms. Lewis alleged that she had not carefully read the trust document before signing, was not represented by counsel, and signed the document under duress. She also denied authorizing her inheritance to be placed in the SNT and posited that the court lacked personal jurisdiction over her when it allegedly ordered that her inheritance fund the SNT.

The superior court rejected Ms. Lewis’ arguments, finding that the court had personal jurisdiction over her because she signed and agreed to the SNT as well as the source of its funding. The court denied the motion to terminate, approved the trustee’s accounting, and awarded attorneys’ fees of $4,900 to Hall & West and Ms. Mick’s current and former counsel to be paid from the SNT. Upon Ms. Mick’s motion for reconsideration, the court ordered that the attorneys’ fees be paid personally by attorney Schafer and not the SNT. Ms. Lewis appealed.

The Court of Appeals of Washington affirms the denial of Ms. Lewis’ motion to terminate her SNT. However, it reverses the award of attorneys’ fees because the court may not award fees to a non-party to a suit, including witnesses, whether or not the witness is an attorney. Here, Hall & West and Ms. Mick’s prior counsel were not parties to the action. In addition, Ms. Mick’s current counsel were never awarded fees against attorney Schafer and, regardless, agreed to waive their fees. An award of fees on appeal is not appropriate because the appeal of the lower court’s ruling was not frivolous.