by The Academy of Special Needs Planners | Nov 18, 2020 | Uncategorized

The Supreme Court heard oral arguments November 10 in a case weighing the elimination of the landmark Patient Protection and Affordable Care Act (ACA), with potentially dire implications for the civil rights of people with disabilities and the future of affordable health insurance. A majority of the justices appeared skeptical of arguments seeking to repeal the entire ACA, though the so-called “individual mandate” may be in jeopardy.

The ACA requires that people without health insurance either purchase insurance or pay a tax penalty. When the law was passed in 2010, this “individual mandate” was considered part of a “three-legged stool” for expanding affordable coverage from private insurance companies: 1) health insurers would eliminate bans on services for people with pre-existing conditions and other artificial coverage barriers; 2) the government would partially subsidize this expanded coverage; and 3) the individual mandate would ensure that everyone paid into the system, thus maintaining sufficient profits for the insurance companies. 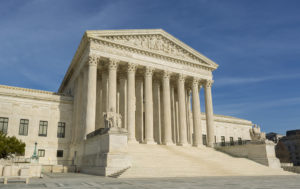 But Congress effectively ended the individual mandate in 2017, when it slashed the annual tax penalty for not purchasing health insurance from $695 to $0 in December 2017 as part of the Tax Cuts and Jobs Act.

Shortly thereafter, a new lawsuit argued that because Congress eliminated the individual mandate’s tax penalty, it can no longer be maintained under Congress’s taxing power, and that, becausethe individual mandate is so intertwined with the rest of the nearly 2,000-page ACA, the entire law must be struck down.

With this case now at the Supreme Court, many commentators suspect that the Court—which has recently shifted more conservative—will reverse its 2012 decision and repeal the individual mandate. In practical terms, however, such a decision would effectively maintain the status quo because of the zeroed-out tax penalty. Moreover, the health insurance market has remained surprisingly stable the past three years, even without the individual mandate.

At the November 10 hearing, however, the ACA’s defenders appeared to successfully argue that if the justices repeal the individual mandate, the mandate should be severed from the rest of the ACA, which should be left intact (called the “severability doctrine”). In addition to Chief Justice Roberts and the Court’s three more liberal justices, this argument appeared to resonate with Justice Brett Kavanaugh.

“I tend to agree with you that it’s a very straightforward case for severability under our precedents, meaning that we would excise the mandate and leave the rest of the act in place,” Justice Kavanaugh said during oral argument.

A “Life-Saver” for People with Disabilities

The ACA’s future has numerous implications for people with disabilities and their families. The ACA includes a Patient’s Bill of Rights that bars health insurers from denying coverage based on a patient’s pre-existing conditions, inclduing disabilities, and imposing lifetime caps on coverage, among other protections. Health insurers are expressly barred from discriminating on the basis of disability.

Furthermore, the ACA dramatically expanded Medicaid and created a system of exchanges to subsidize health insurance for people ineligible for Medicaid but with incomes below 400 percent of the poverty line.

Nineteen disability rights groups wrote an amicus brief, primarily defending the severability doctrine and underscoring the impact that the repeal of the ACA would have on the disability community.

“The ACA has been a life-saver for Americans who live with disabilities,” the amicus brief states. “It has provided long-denied access to crucial medical insurance and health care to millions of such Americans. It has allowed people with disabilities to obtain health care and supports that can be critically important to their health, independence, and productivity.”

A decision in the case is expected sometime between spring and summer 2021.

Read more coverage of the Supreme Court’s oral arguments from the SCOTUSblog and Health Affairs.