by The Academy of Special Needs Planners | Mar 1, 2021 | Uncategorized 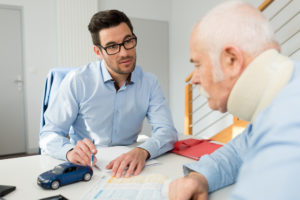 Consider this scenario: you represent a current Medicare beneficiary in a third-party liability case. As part of the workup of the case, you determine the client will need future medical care related to the injuries suffered, and you settle the case. Since the client is a Medicare beneficiary, the defendant will report the settlement under the Mandatory Insurer Reporting law as it is greater than $750 in gross settlement proceeds.

The defendant puts some language into the release about a Medicare Set-Aside being the injury victim’s responsibility and that they can’t shift the burden. Everyone signs the release and settlement dollars are paid. The file is closed, then forgotten.

What happens though if that course of action triggers a denial of future care by Medicare? For many years this was not even a concern for trial attorneys and their clients. However, the risk of this occurring is now a very real possibility. In fact, in 2018, a personal injury victim got this type of notice of denial for injury-related care from Medicare. The service provided was hospital outpatient clinic services under Part B of Medicare. The bill was denied, based upon the notice, because Medicare said, “you may have funds set aside from your settlement to pay for your future medical expenses and prescription drug treatment related to your injury(ies).”

Meanwhile, there are no real hard and fast rules when it comes to Set-Asides since they are not codified in the law. Personal injury lawyers are grappling with the uncertainties of an unregulated new frontier, when it comes to Medicare Set-Asides. Here are some of the big issues and questions that have arisen in this uncharted territory.

The Issue of Funding Future Medicals

The really problematic issue is how do you deal with cases where future medicals are funded but they were settled for pennies on the dollar? Can you apportion the settlement so that you create a reduction formula tied to a comparison of the full value of damages versus what was actually recovered? For example, if the total value of the damages was $1 million but only $100,000 was recovered due to policy limits, can you set aside only 10 percent instead of 100 percent of the value of future medical expenses that are Medicare-covered related to the injuries suffered?

This issue was addressed by a federal district court in 2013. In Benoit v. Neustrom (W.D. La. 2013), the United States District Court for the Western District of Louisiana rendered an unprecedented decision. In a case where a limited recovery was achieved due to complicated liability issues with the case, the court reduced a liability Medicare Set-Aside allocation by applying a reduction methodology.

Even when future medical care is contemplated as part of a settlement, the amount can be very limited when compared to what the ultimate costs may end up being. So accordingly, if Set-Asides are done in liability settlements without recognition of these differences and with no apportionment of damages, you can conceivably have a situation where a party is setting aside their entire net settlement even though it is made up of nonmedical damages.

In effect, it can eliminate the recovery of the nonmedical portion of the damages by requiring the Medicare beneficiary to set aside all of their net proceeds. There is nothing in the MSP regulations or statute that requires Medicare to seek 100 percent reimbursement of future medicals when the injury victim recovers substantially less than his or her full measure of damages.

In the past, trial lawyers never had to worry about whether Medicare would pay for their client’s future care post-settlement. There is cause for concern that this may not be the case in the future. Let’s assume that the injury victim who got this denial letter was not properly advised of the risks of failing to set aside money. Would the trial lawyer potentially face a suit for legal malpractice? The answer is most likely they would.

There could be all sorts of arguments made about whether they fell below the standard of care, but in the end, this is a known issue and one that is of the law. Worse yet, a trial lawyer and his/her firm could have Medicare breathing down their necks. While we haven’t seen any instances of Medicare pursuing a law firm over failing to set up a Medicare Set-Aside, there are recent examples of law firms being pursued by the Department of Justice (DOJ) related to other aspects of the MSP and failing to have a process internally to ensure compliance with the MSP.

All of that being said, you might be wondering why even consider doing a Medicare Set-Aside when they aren’t required by any law. The answer is that actually setting anything aside is less important than doing the legal analysis to determine why anything should be set aside. You ultimately want to educate the client on the risks of failing to do a Set-Aside analysis and then document that education in your file.

When it comes to Set-Asides, there are a few key takeaways. First, you only have to worry about this issue if you are dealing with someone who is a current Medicare beneficiary or arguably those with a reasonable expectation of becoming one within thirty months. The latter includes those who have applied for or begun receiving Social Security Disability benefits.

At time of publishing, there is no regulation, statute, or case law requiring a Medicare Set-Aside to deal with futures. Instead, it has become analogous to the situation in resolving cases with those who are on Medicaid or SSI. In those cases, a client must be educated about the opportunity to set up a Special Needs Trust to remain eligible for needs-based benefits. Similarly, a Medicare beneficiary should be informed about the opportunity to set up a Medicare Set-Aside to protect future Medicare eligibility for injury-related care. The good news for attorneys assisting Medicare beneficiaries, is that a Medicare Set-Aside allocation can be used in an offensive manner to set the floor for medical damages in a case.

This article is adapted from Mr. Lazarus’s book The Art of Settlement and originally appeared in the September 28, 2020, issue of Legal News by Jason D. Lazarus.