Trusts in the News: Court Must Provide Reasoning When Ordering Individuals to Pay Breach of Trust Damages

by The Academy of Special Needs Planners | Aug 15, 2022 | Uncategorized 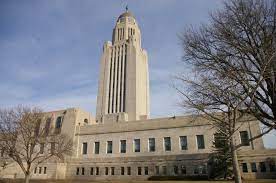 The Supreme Court of Nebraska rules that a county court erred when it found that siblings had not improperly substituted trustees or amended a trust, but ordered them to pay breach of trust damages without explaining its reasoning. In Masek v. Masek (In re Charles & Patricia Masek Family Tr.), (Neb. No. S-21-552, July 29, 2022).

In 1993, Charles and Patricia Masek created the Charles and Patricia Masek Family Trust. When Mr. Masek passed away, Mrs. Masek became the sole trustee, dividing the estate into marital and family shares, per the trust’s provisions. At her petition, the court approved all five of her children — Barry Masek, Dianne Yahiro, Mark Masek, Colleen Eames, and Richard Masek — as co-trustees. After Mrs. Masek got Alzheimer’s, two of her children — appellants Mr. Mark Masek and Mrs. Yahiro — moved her to Illinois.

The only issue the Supreme Court of Nebraska finds compelling is whether the lower court’s order went against its findings. Mr. Mark Masek and Mrs. Yahiro argued that because the court found they had not substituted trustees or amended the trust, they were beneficiaries, not trustees, and so could not be liable for breach of trust.

Noting that the lower court did not explain its reasoning for its finding against Mr. Mark Masek and Mrs. Yahiro sufficiently, and did not explain which approach it might have used, the Supreme Court of Nebraska reverses and remands.